When it comes to Cat5e Cat6 Cat7 Cat8 data cabling it’s hard to know which cable to go for. Firstly this is down to the sheer variance on offer. Firstly this allows consumers to choose from a wide range of grades, categories and specifications. Secondly they all deliver unique results for even the most complicated projects. Therefore before you dive straight into the world of data cabling it’s probably best to get to grips with the differences between Cat5e Cat6 Cat7 Cat8 cables. Rather this than install the wrong specification of cable for your project

The termination ends of the data cable are standardised to create a common connector. Especially for all patch leads, patch panels and data termination plugs. Furthermore the high categories of cabling these connectors have kept the outline of the standard and evolved into additional contacts for faster transmission speeds

What is data cabling used for?

Data cabling is used for connecting separate elements of a network to a common hosting hardware such as a data switch or internet router.

This enables the various hardware to access the outside connection or communicate with the other internal network devices. These devices include, PC’s, Phones, Printers CCTV, WiFi and many others

What is voice and data cabling?

On legacy systems the voice and data cabling would most of the time be separate cabling installations. Firstly the data cabling would be installed from the data switch to computers, Wi-Fi and printers. Secondly the telephones would have voice or CW1308 (BT Standard) wiring directly to the hosted telephone system.

In the majority of modern installations the cabling to all units will be the same and terminate into the same cabinet. Equally the separate units are then “Patched” to the relevant data or telephone system. At times this is a shared switch within the shared cabinet. This style of installation with flexibility is referred to as “Structured Cabling”

For additional information on Voice Cabling click here : What is Voice and Data Cabling

What is Cat5 Cabling?

One of the older categories of copper wire data cables, cat 5 cabling was adopted as the standard cabling choice in 1995. Consequently this  allowed 10/100 Mbps Ethernet capabilities at a distance of up to 100 metres. However this now been surpassed by several other categories of cabling (including cat 5e with less crosstalk and noise). Nevertheless cat 5 is still found in a small 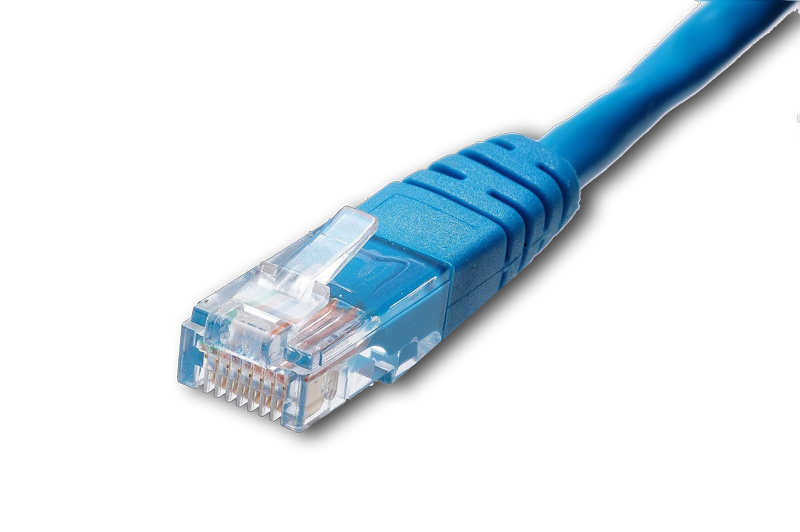 amount of offices although these have been usually present for a large number of years. These installations in particular are now very rare

Cat5e then became the standard and offered 1 Gigabit speeds which deterred existing businesses from upgrading their cabling systems unless they were undergoing a re-fit or office relocation. Going forwards, however, consumers are looking for something a little more long term that can deliver enhanced speed and reliability and this moves the cabling choice up through Cat6 and beyond

In 2021 Data cabling has moved on from cat5e cabling to a minimum of Cat6 cabling and more to the standard to of Cat6a cabling, especially in new builds in major cities such as London and Birmingham.

However, cat5e cabling is still very much suitable for 1 Gigabit transmission and therefore suitable for the majority of current client needs. For example, Cat5e and 1 Gigabit speeds are more than enough for all current VoIP phone systems. Therefore, when a client has a budget conscious plan then Cat5e cabling can still be the preferred installation choice. However, if the client is planning on occupying the building for some time then Cat6a and future 10 gigabit capabilities are the better design option

Even though as mentioned Cat5e cabling is being phase out in newer installation, we still receive a lot of questions in regards to its suitability.

How much is Cat5e Cabling?

Difference between Cat5 and Cat6

Do Cat6 cables work with Cat5?

What is Cat6 Cabling?

Cat 6 cabling was launched in 2002 and, thanks to its copper wires being more tightly wound than cat 5 cables, it soon became the dominant data cable in the market and maintains this position today. Although extra care is required when installing cat 6 cabling compared to cat 5, the benefits easily outweigh the additional installation time and minor budget increase. Finding popularity in audio and visual niches, cat 6 cabling can also boast Gigabit Ethernet at a distance of 100m and 10 Gigabit Ethernet up to 55m. However as all data cabling standards are usually designed at 90m/100m the choice for 10 Gigabit Ethernet is Cat6a and upwards

For the past 5 -10 years the choice to ‘future proof’ your network has been Cat6 cabling. Cat6 is backwards compatible with cat 5 cabling, so there’s no need to completely dismantle your existing networks and you can still maintain your existing hardware

However, in 2021 more and more Cat6a is becoming the standard for new build projects and for a lot of relocation requirements. This is due to the increasingly faster movement towards 10 Gigabit Internet and the data cabling requirements it needs to transmit over.

Cat6 cabling is actually capable of transmitting 10 gigabit up to 55 metres. However, when designing a data cabling installation you want to make sure that the standard is met at all stages. Therefore, data cabling is ratified and designed for 90 metre permanent links with an allowance of 10m in patch leads. If you think Cat6 cabling will be ok but the installation runs exceed 55 metres then 10 Gigabit capability will be lost.

Therefore, it is better if you require 10 Gigabit now or in the future to install as minimum a Cat6a cabling solution.

Questions include among others

Is it worth upgrading from Cat5e to Cat6?

For the majority of standard commercial office installations, newly installed cabling is recommended to be a minimum of cat6 cabling. However Cat5e and Cat6 cabling are very similar in the transmission speeds. Comparatively they achieve a simple result so upgrading your Cat5e network to a Cat6 network will not always make much of a difference. Instead the main difference is you will be able to achieve 10Gig connections of outlets under 55m in length.

Cat5e and Cat6 systems work well together so you can always upgrade part of your network if budget concerns are part of the decision process. Do Cat6 cables work with Cat5?

Therefore when upgrading the consideration should be upgrading from cat5e directly to Cat6a as a minimum.

Due to the increasing implementation of 10 Gigabit networks within the workplace in not only backbone links but also 10Gig to the desk the legacy cabling systems of Cat5e and Cat6 are now phasing out in newer installations. By comparison Cat6a is becoming the new standard and above.

What is Cat6a Cabling?

This standard of cable is also ratified for 10 gigabit Ethernet speeds over the standard distance of 90m with patch leads and 100m for direct links.

Because of these specifications Cat6a cabling is becoming the standard in the majority of new office buildings, especially the modern high rises in major cities such as London and Birmingham. 10 Gigabit is a must for switch to switch links and between comms rooms whether generally Om3 and Om4 fibre optic cabling is used. However, in horizontal cabling Cat6a is the cable of choice for this specification. It has the capability for the transmission and in addition is small enough in diameter to fit within modern dado trunking systems and be terminated within sub floor boxes. Cat7 and cat8 cabling have a complication with bend radius to fit effectively in standard floor boxes and dado trunking.

We have written a dedicated article to the expected costs for Cat6a cabling and can be found here: How Much is Cat6a Cabling?

We also have complied a list of 20 of the most commonly asked questions about Cat6a cabling: Cat6a Cabling – 20 Commonly Asked Questions

What is Cat7 cabling?

Cat7 is different from its predecessors thanks to its much thicker layer of shielding. By comparison cat 7 cables reduce the deterioration of data transmissions and can transmit 40Gb at 50 metres and even 100Gb at 15 metres. Therefore these speeds make cat 7 cables perfect for home installs that incorporate numerous smart devices. However, due to the additional shielding, cat 7 cables are much thicker than cat 5 and 6 cables. In this situation they have reduced flexibility and are less suitable for commercial installations at this stage. Another drawback with cat 7 cabling is that, compared to cat 5 and 6 cabling, it lacks total backwards compatibility.

Unlike Cat6a its usage requires a certain section of overhaul of existing networks due to using different patch leads and connectors. Legacy Cat6a and below patch leads can be plugged into the Cat7 outlets but this reduces the overall links capacity to the lowest category denominator. In this situation you are paying for a system that’s not performing to its maximum

What is Cat7 Ethernet?

Cat6 vs Cat7. Whats the difference? 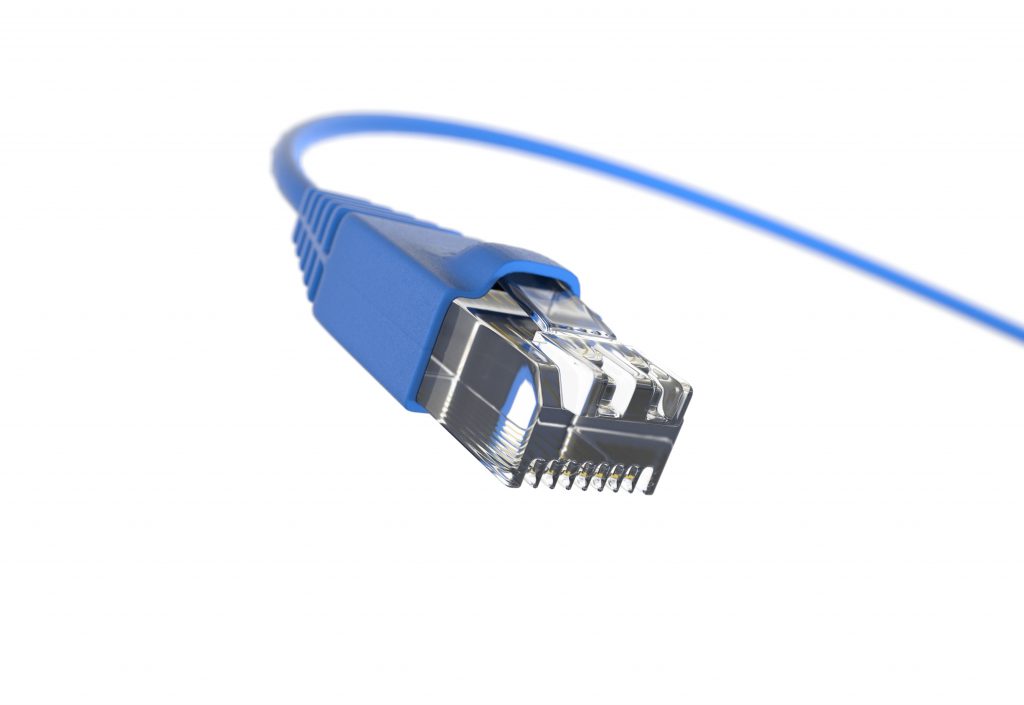 Although not commonly seen in the commercial environment and mainly only in data centres, it is being seen in enquiries for homes and newer build commercial space

Even so Cat 8 cabling is being developed increasingly rapidly and has already achieved transfer speeds that hit 40Gbps and a bandwidth capability of 2000MHz. However, due to its channel length, cat 8 cables have a 30m limit and are unable to maintain 40Gbps over longer distances. In that case it makes it difficult to incorporate Cat 8 cables into long stretches within large networks. In this situation, Cat8 cabling is more recommended for connecting short distances in networks.

Why the 30m Cat8 cabling limit?

We commonly have enquiries in residential homes for short cables runs or simply patch leads to connect Audio Visual or Gaming Equipment to routers. Although the main incoming line will be a maximum of 500Mb the cost of such a short cable is minimal difference from cat5e to cat8 cabling so we advise that choosing the Cat8 or Cat7 patch lead is a good option for peace of mind.

However if you wished to install permanent Cat8 cabling throughout your house we wouldn’t recommend this. The construction of a house is not very well suited to the thickness and bend radius of Cat8 cabling. In addition the depth of the back boxes is very hard to fit inside a standard 100m wall and can create a lot of additional work.

Cat6a with its 10 Gigabit capability and easier installation practice would be a better choice.

In conclusion there are many options for a new structured cabling installation. Our project team are able to advise on the best solution for your requirements whether it be Cat5e Cat6 Cat7 Cat8