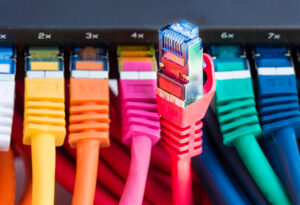 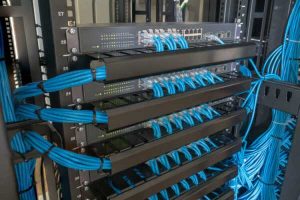 In May 1973 while working at Xerox PARC, Bob Metcalf introduced the concept of ethernet. Following this, IEEE turned the Ethernet concept into a global standard in 1983 with the release of IEEE Std. 802.3a, this supported 10Mb of data transmission over a coaxial cable. The advancement of Ethernet took another progressive step in 1990 by developing IEE Std. 802. 3i, this was built to support 10BASE-T application, providing 10Mb of data transmission over twisted pair cabling.

Since then, the evolution of ethernet has grown rapidly. Quickly moving on from coaxial to twisted-pair copper cabling. This change saw an increase of transmission speeds and reduced costs. To begin with only two twisted pairs were used, but this soon evolved to four pairs to achieve higher data rates. Now Ethernet is one of the most commonly used protocol for transmitting data between electronic devices. So, what is a single pair ethernet (SPE)?

Traditional ethernet cables from the LAN sector or Industrial Ethernet cables use two or four pairs of wires depending on the transmission rate. Single pair Ethernet cables only contain one twisted pair (single pair). Single twisted-pair cabling was first used in the 1870s, instead of having two straight wires next to each other, the conductors were twisted together to improve the electrical performance. The twisting of the conductors resulted in cancellation of unwanted electrical noise from nearby pairs or other sources. In the 1870s, single twisted pair cabling was used to interconnect telephones.

Centuries later, the single twisted pair cabling is still in use. The use of this cable is now commonly found in building automation, industrial, and automotive applications. SPE offers additional advantages in comparison to the traditional cable.

To enhance its usefulness, IEEE developed the ability to transmit power and data over the same twisted pair. Power transmission over 4-pair Ethernet cabling is commonly called Power over Ethernet (PoE). Power transmission for SPE cabling is referred to as Power over Data Lines (PoDL). This standard specifies multiple classes of powered devices delivering between 0.5 and 52 watts of power. It’s important to realise, although PoDL technology is not compatible with the existing 2 and 4 pair POE equipment. It has the same advantages as PoE as it provides for centralized power control and backup power.

Single Pair Ethernet cables are built to support a maximum frequency which corresponds with one or more IEEE applications. Additionally, there are also separate standards for patch cables and horizontal cables. Although its possible to manufacture patch cords from horizontal cables, patch cables generally employ stranded conductors instead of solid. Thus, offering increased flexibility at the expense of diminished electrical performance over long lengths.

The interfaces discussed in the IEC 63171 standards for connector types 1-6 are open sourced, allowing any manufacturer to make connectors with the interfaces. As a result, this will increase the likelihood of broad industry adoption. Manufacturers maintain the common interface; however, they have innovative freedom. They can implement proprietary features in other arears of the connector design. 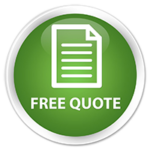