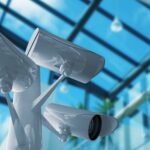 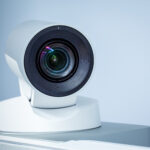 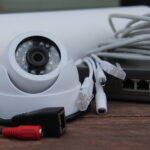 What is better wired or wireless CCTV

In this article, you will read about the differences between wired and wireless CCTV cameras. In addition we will show you how to choose the best camera for monitoring. Wired and Wireless have their own positives and negatives. Therefore we will provide all the details about Wired and Wireless. Today, both wired and wireless data transmission technologies are used in various fields of human activity.

In the field of telecommunications, both the first and second types of communication are used. The computer network also uses wired and wireless transmitters. There are many security systems available in the market today and it is often confusing for consumers. Anyone who is going to get a video surveillance system asks themselves the question, which technologies should be preferred, wired and wireless, which is better?

Of course, at first glance, it seems that the use of wireless cameras offers many benefits to the user. For example practicality, savings on cable systems, etc. On the other hand, many CCTV professionals will primarily recommend wired systems because of the greater reliability between wired and wireless. On closer inspection, it becomes clear that wired and wireless surveillance cameras have both positive and negative sides.

One area that many users find difficult to decide is whether to acquire a wired security camera system or a wireless system.

As the name suggests, a wired security camera transmits data via DVR or NVR and cable to the monitoring station from each camera. Although systems like this may take a little longer to set up, they have several advantages. It all starts with the fact that it is rare to encounter any interference in the wired security camera. This means that other wireless devices in the area will not disturb the signal going to your cameras.

There is another benefit to not interfering. Criminals will have a hard time jamming wired security cameras because they do not have a radio frequency that can be blocked. This means that a criminal will have to cut the cable to stop the camera. In the event of an emergency, a professional or high-grade wired security system can use battery backup. Wired security cameras are usually less expensive than their counterparts. However there is the cost of the data cabling to it, although that data cable provides the power also which is extra for a wireless camera

That being said, if your business or home is not already configured for wired cameras, you will have to pay a cost for disruption. Not only do you want to install the cables but they need to be protected along their route You can put a wired camera in a business and leave the wires visible to save costs, but it also reduces the security of the camera because the cable can be easily cut.

Wireless security cameras have become more popular in recent years as the quality continues to increase. You do not need to install a group of wires. All it requires is local power.

Instead, mount the camera now where it is within the networks range. Another advantage of wireless systems is that they can be installed in many rented locations that do not allow you to install wiring in the building or would be costly to repair or return during dilapidation.

The only thing most wireless security systems need is a power outlet to power the unit. Some new end cameras are also fully battery powered although power usage can be short. In both cases, some wireless cameras do come with a backup battery for emergencies

An important note about wireless security cameras is that they are easier to intercept than wired cameras. Deliberately or not, radio signals cannot transmit to the camera. This can leave your system open for tampering. They can also innocently be disrupted by external interference onto your wireless network work bandwidth. If you work in a high-security business, you should have wired cameras for your protection.

The cable connection ensures that video data is transferred from the camera to the DVR or the user’s computer without any damage. The device uses an enduringly devoted average for signal transmission. In some cases, a cable can be used to both transmit data and power the device. In most cases when you can choose either option between wired and wireless; you should choose a wired CCTV camera.

Switching between wired and wireless to wireless video surveillance equipment can be beneficial in many cases. The first advantage of such cameras will be ease of installation and operation. To transmit the signal, the user does not need to pull the cables to the location where the device is installed. This is useful for installing video surveillance in a complex configuration area.

You don’t even have to destroy the roofs or walls to pull the wires, which are good if the monitoring system is, installed after all the repair work. Wireless video cameras can be installed in remote and inaccessible locations on the site. So for less wiring and disruption, between wired and wireless, you should choose wireless. The most important thing to worry about is the presence of power sources – However additional power is usually easier to supply locally than running a data cable all the way back to the main computer cabinet

Again, this all comes down to the quality of your home network. When the CCTV camera is connected to the DVR via cable, no other signal can interfere with the video transmission. When the video is transferred to Wi-Fi, the transfer may be interrupted. Also, cable bandwidth allows you to transfer images in a non-compressed format. This is something that wireless camcorders can’t stand. Wired cameras produce good, clear images.

The camera must be within the limits of the wireless network. Once installed and configured, wireless cameras can perform the same tasks as traditional wired devices. Both wired and wireless CCTV cameras are monitoring for you.

Now that you know the benefits of wired and wireless security cameras, you can wisely decide which system is right for your workplace or home. The right system can create a difference between a safe security system and be open to intrusion.

What is better wired or wireless CCTV – Summary

Video surveillance cameras have both positive and negative sides so a lot will depend on the location and situation of each client. Our management team is able to provide free surveys and advice on what is best for your business. We are also able to provide options on what the installation will mean in regards to costs and disruption