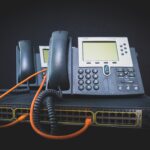 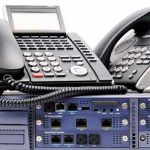 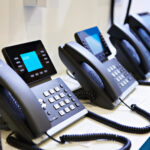 VOIP is a short form for Voice over Internet Protocol, or in more general terms, phone service over the Internet. Therefore VoIP technology enables traditional telephone services to run more than a computer network. VoIP refers to the transmission of voice traffic over an Internet connection. This is a way to use your high-speed Internet connection for phone service instead of the traditional copper lines of PSTN, or public switched telephone networks. IP telephony is more versatile and enables the transfer of voice, data, and video to multiple devices, including smartphones, laptops, tablets, and iPhones, at a very low cost.

In simple words, if you’ve heard of IP addresses, this is your Internet Protocol address. An IP address is how computers and devices converse with each other on the Internet. VoIP service providers do more than make calls. They handle outgoing and incoming calls routing through existing telephone networks. Landlines and cell phones rely on the Public Switched Telephone Network (PSTN).

VoIP was founded around 1995 by a company located in Israel called VocalTec, to create a way to save money on long-distance and international telephone charges. They developed a product called InternetPhone: an application that offered computer-to-computer voice calls using a microphone and speaker. With this internet phone, one user can use the same software to call another through connected speakers and microphones.

VocalTech began to be part of the familiar company MagicJack in 2010 and has since joined several other companies.

There are numerous applications and software communication systems that use Voice over IP to offer complete used business communication solutions as well as Internet telephony for personal use. Most modern device manufacturers, such as Apple, integrate native IP applications into existing smartphones, such as Apple FaceTime, which provides call and video functionality.

How does it work?

To understand how VoIP works, comparing it helps operate a traditional phone call. When you make a call using an analog line, it establishes a dedicated connection between the two parties for the duration of the call. Voice over IP uses Internet Protocol, a necessary building block of the Internet. IP telephony is a great invention of the century-old telecommunication system.

When you apply VoIP to generate phone calls above the Internet, your voice has to be encoded in digital data, and this digital data has to be re-coded into tone signals at the other end of the call. This coding process is achieved through Codecs, which is short. The codecs ensure that the data is compressed, which means it moves faster and, as a result, the quality of the call is better.

Codecs are needed because, unlike traditional PSTN phone conversations that use analogue data, VoIP uses digital signals. Codecs analogue are used to encode sound data into digital signals that can cross the Internet. When the digital signal reaches its target, it will be decoded once more in its analogue shape, so the person on the line can hear the voice and understand it.

Although the idea of ​​digital voice data and codecs may seem complicated, just think of the process you would receive in an email. Like any email, data has a destination. Your voice code has been changed to run on the Internet. On the other hand, the code is converted back to your voice, so the person you’re calling can understand what you’re saying.

If both you and the person calling are using VoIP, your entire phone call will travel over the Internet. If they are using a traditional network, the call can travel as far as using VoIP and then switches to a public phone network to reach their destination. This is what happens if you have a traditional phone, and if a VoIP service user calls you, the journey is reversed.

Advantages and disadvantages of VoIP

New technology is always developed to fix the flaws of the drawback, but sometimes it also has its failures. Let’s find out what are the advantages and disadvantages of hosting VoIP service and VoIP as a whole.

If you are weary of costly phone bills, VoIP is a great alternative. With the right VoIP service, you can reduce your monthly phone bills by more than 50%. This technology saves a lot of money. This is because there is only one network that carries the voice and data provided by only one supplier. Since VoIP is working with your internet connection, a traditional phone line is not required. This means you only need to deal with one account, one bill for both the internet and phone.

A VoIP phone system is very dissimilar from a traditional phone structure. One of the biggest benefits of VoIP service is the ability to call at any time whenever you have a decent internet connection. If you have a reasonable data connection, you can call and receive for your business. And when you are unable to answer the call, you can send the call to another person or voicemail to you. You can also choose to email your voicemails. As the mobile workforce grows, remote access keeps businesses flexible. Your employees can stay productive and connected regardless of their location.

All you need to do is sign in to your broadband account. If you are often on the road, or away from the office but want to stay connected, you can do so at a lower cost. VoIP is much easier than a traditional phone line.

Unlike a PBX (Private Box Exchange), VoIP networks are much softer. When you choose a VoIP phone service provider, you will be sent a converter to allow regular phones to use VoIP phone service. Your phone number is programmed in the converter. This means you can take your phone converter and phone number and use it wherever you travel in the world, as long as you have a high-speed internet connection. With a private, internal phone network, you are limited to how many phones in the system can be added to the system by the number of lines available in the system. With VoIP networks, you’re limited by bandwidth, so you can make thousands of contacts understandable.

If you have a steadfast internet connection with superior bandwidth, you should familiarity with sound quality that is corresponding to a traditional phone connection, if not better. If you live in a rural area and do not have a strong relationship, your characteristics will be damaged. See “Late” below.

No service during a power outage

During a blackout, the current source provided by the phone line is kept in regular phone service. This is not possible with an IP phone, so when the power goes out, there is no VoIP phone service. To use VoIP during a power outage, an uninterruptible power supply or generator must be installed on the premises. It should be noted that many of the early adopters of VoIP are also users of other phone devices such as PBX and cordless Phone Base which do not rely on the power provided by the telephone company.

For starters, your VoIP service is just as high-quality as your internet connection. If your network bandwidth is low, the service will suffer. VoIP does not use as much bandwidth as you might expect. VoIP devices must receive less delay on your network. At least 100 KB upload speeds should be available on each device. A good connection has a ping and jitter of less than 70 mm, which measures the delay and stability of your internet connection.

Due to bandwidth requirements, some calls may be delayed, delayed, or disappear altogether. This is because an effective call requires time to re-assemble the information packet. This problem is getting worse as modern, more sophisticated data algorithms are used.

Why Do Businesses use VoIP?

For a business application, VoIP is an ideal solution for providing employees with reliable phone service, and you won’t have to spend that much. One of the biggest reasons why VoIP has grown so much more than traditional phone service is the low cost, flexibility, and professional calling features.

In the early days of voice over IP, call quality did not match. Sometimes calls fell, and delays were common. As Internet bandwidth has increased, the quality of VoIP calls has improved dramatically. VoIP calls are more stable and clear than landline phones. Though, this will depend on your internet service supplier. The SIP protocol itself allows error correction protocols such as TCP or UDP. This is your choice