The upgrade of the cigar terraces of the Wellesley Hotel involved the total stripping out the old structures. Furthermore replacing them with a modern bronze and glass architectural construction. Therefore as part of these changes the hotel cabling infrastructure and electrical installation had to be amended and upgraded

The project involved electrical installation to heaters, lights, controls, speakers and televisions. Therefore both the electrical systems and hotel cabling were upgraded throughout both terraces. Furthermore these were to a very specific specification and timescale.

Due to the location and timeline of the project, installation works were of a specialised nature to fit in the working space. Furthermore there were the lack of access considerations and time critical hours of an operating hotel. However all elements of the project were completed within the timelines and specified budgets. Most importantly it resulted in no additional downtime to the hotel

The Wellesley Hotel is an operational hotel and the cigar terraces are some of the most popular hotel terraces in London.

To minimise downtime only one terrace at a time could be completed. This had to be the case even though the terraces were both controlled from a central location. The hotel cabling infrastructure was routed through 2 floors of the hotel back to the main communications room. Therefore consideration was required to not disrupt major parts of the hotel even thought he works were confined to the terraces.  This involved not only a new refurbishment of the outdoor areas but a large amount of temporary construction works. Thus to keep the opposite terrace active. Also due to on site guests’ noisy works were limited to certain times and days. Thus increasing the specific nature of the electrical installation and hotel cabling

NM Cabling worked very closely with the construction company, hotel management and designers to ensure that not only were project timelines met but the overall architectural design was met and maintained throughout.

Large parts of the design were dependent on how the electrical fixtures and associated cabling would fit within the slimline design of the terrace bronze structure. Furthermore large parts of the terrace canopy were glass and therefore routing the cabling was intricate to say the least. The Shadow Heaters installed fluctuated with each design to provide the adequate heat coverage and also to match the symmetrical layout of the terrace. Therefore each tweak in design would involved a re-calculation of the electrical loading and wiring schematic.

By dedicating a project management team to the project this continuity was achieved even though there were many stages of downtime on the projects as other trades completed their works. 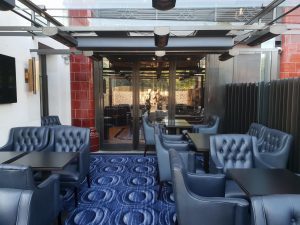 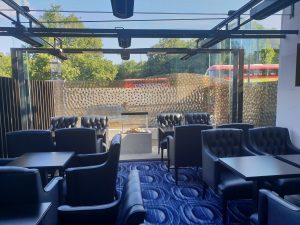 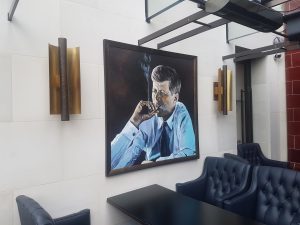