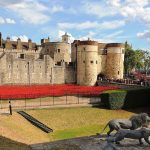 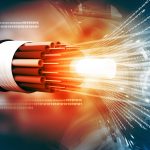 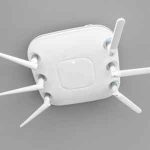 For the 2014 Poppy appeal DIGITAL AVENUE installed a WIFI system throughout the outskirts of the Tower of London so that visitors could log onto cloud WIFI, learn about the event and make donations

WIFI units were placed around the entire Tower Moat railings, to which each required a Cat6 data cable back to central data switches which were linked by fibre optic cabling back to the main controller

The work had to be carried out under strict guidelines from the Towers facilities team due to the delicate nature, historical listing and corrosion of the old existing structure

To access the final WIFI locations on these railings surrounding the Tower, bespoke fixings and solutions had to be resolved as no drilling or fixings were permitted to the wall of the moat. However the installation had to be sturdy enough to prevent a breakdown, or accidental damage to the cable

To prevent damage by rodents, steel tapered armoured fibre optic cable had to be used which brought its own complications due to the increased technical nature in installing the cable especially without the ability to clip the cable to the external walls as it was installed