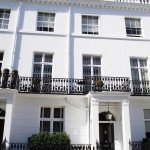 Due to the minimalistic design not one element of the audio visual system was placed in the rooms but rather in a central communication area  and distributed over Cat6 cabling to each room for Television, and audio.

Due to a limited amount of space for storage and design, the entire communications system was located centrally and distributed HDMI over cat6 freeing  furniture for use rather than storage of AV equipment and leads 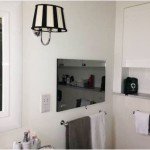 Stealth speakers were used throughout the whole house so not a single speaker could be seen. These speakers were installed in the fabric of the building, plastered over and then painted along with the rest of the room to completely hide the speakers without reducing sound quality

A Nuvo sound system was installed throughout, each room having a colour keypad showing the central music library by album cover, song, genre and even with a party mode for instant play throughout